The Most Beautiful Castles In Slovenia

Slovenia is one of the best-kept secrets of Europe. With its serene architecture, rich history, and location, these beautiful castles in Slovenia are worth visiting.

If you haven’t added Slovenia yet on your bucket list, it’s the time. Slovenia is one of the best-kept secrets of Europe. With its serene architecture, rich history, and location, these beautiful castles in Slovenia are worth visiting.

Once you visit Slovenia, you will fall in love with its fantastic adventure activities, such as boating, hiking, road tripping, exploring some fascinating castles and historic buildings. With its peaceful nature and rich history, Slovenia is a hidden gem you must explore at least once. After getting around Slovenia and spending some memorable time here, you might come across medieval churches and castles in Slovenia in almost every turn. It is true in many aspects. Slovenia has more than 500 castles, and most of them turned into parks and museums.

You can spot at least one castle every 15 miles in a small country like Slovenia. When some of these castles preserved in excellent condition, others are ruined to explore. They all are magical on their own.

However, in small towns, it gets a bit difficult due to the narrow streets, which usually fit only one lane. However, it is still better to rent a car to add flexibility to travel along on your own.

TOP  CASTLES IN SLOVENIA TO VISIT 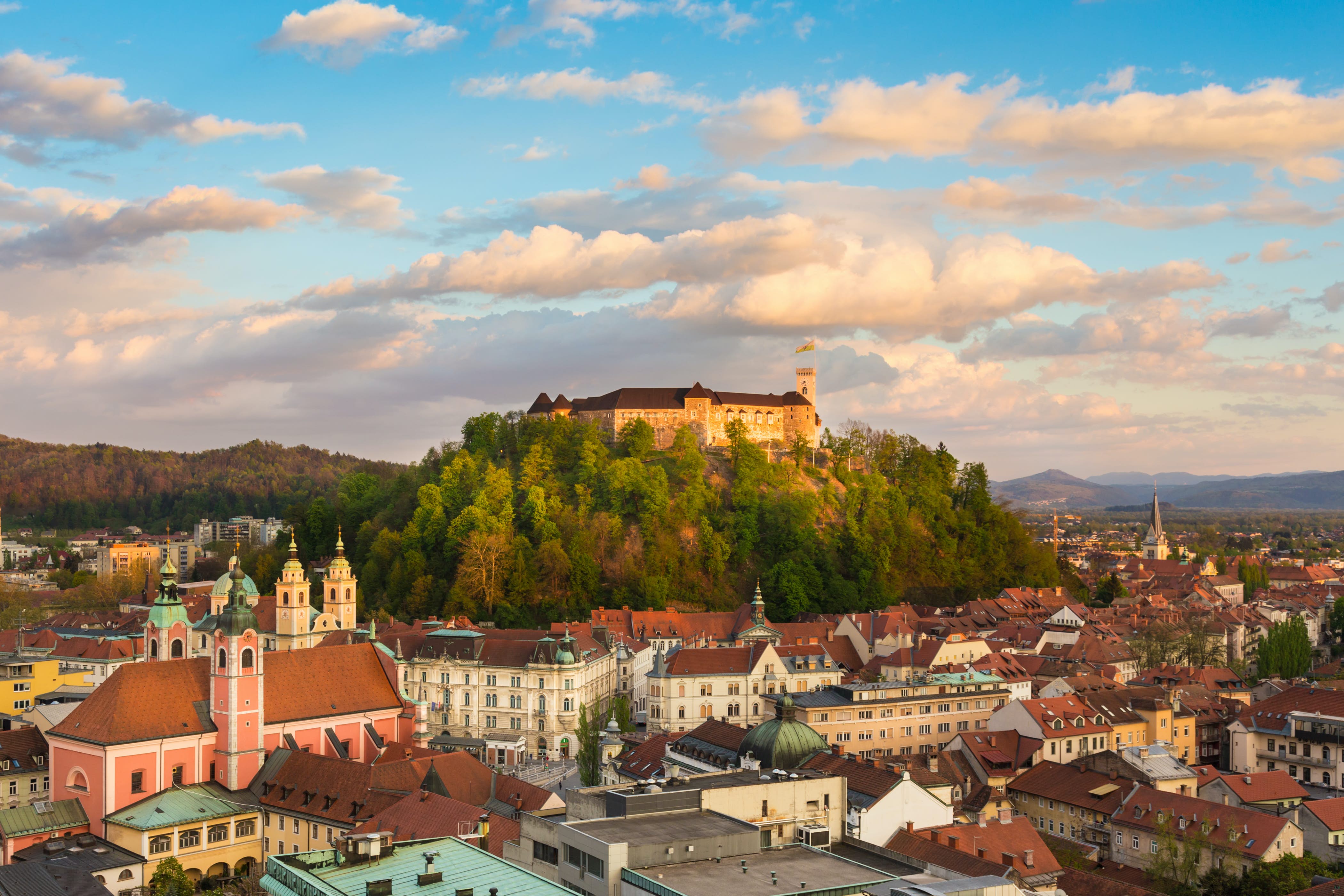 Located in the heart of Ljubljana city, the iconic Ljubljana castle is the most popular and most visited castle in Slovenia for a reason. The beautiful Ljubljana castle situated atop the hill is a citadel facing the city for more than 900 years.

By taking funicular car atop, explore some of the serene alleyways and winding staircases around the castle to reach the top on foot.

You can explore the castle once you get there, including its puppet theater, well-known rooms, etc. After that, explore the grounds, including beautiful city views and gravel walking trails.

Ptuj is built to protect the Hungarians, located at the pinnacle of the city, facing the classic orange rooftops on the closest streets and the river. It is believed to have been built over the ruins of an ancient Roman temple.

You can also spot the exhibit on weapons, musical instruments, as well as furniture inside the castle. The stunning view of the oldest town of Slovenia, Ptuj is one of the main reasons to get there.

Lake Bled castle is probably one of the most serene castles of Slovenia, situated over a cliff facing the well known Lake Bled. The Bled Castle was built sometime around the 11th or 12th century, mentioned as the oldest castle in Slovenia.

Currently, it serves as a historical museum and institution. The castle has incredible views of vantage point. It is yet another reason for visitors to catch the birds’ eye view of the lake and around the Julian Alps. 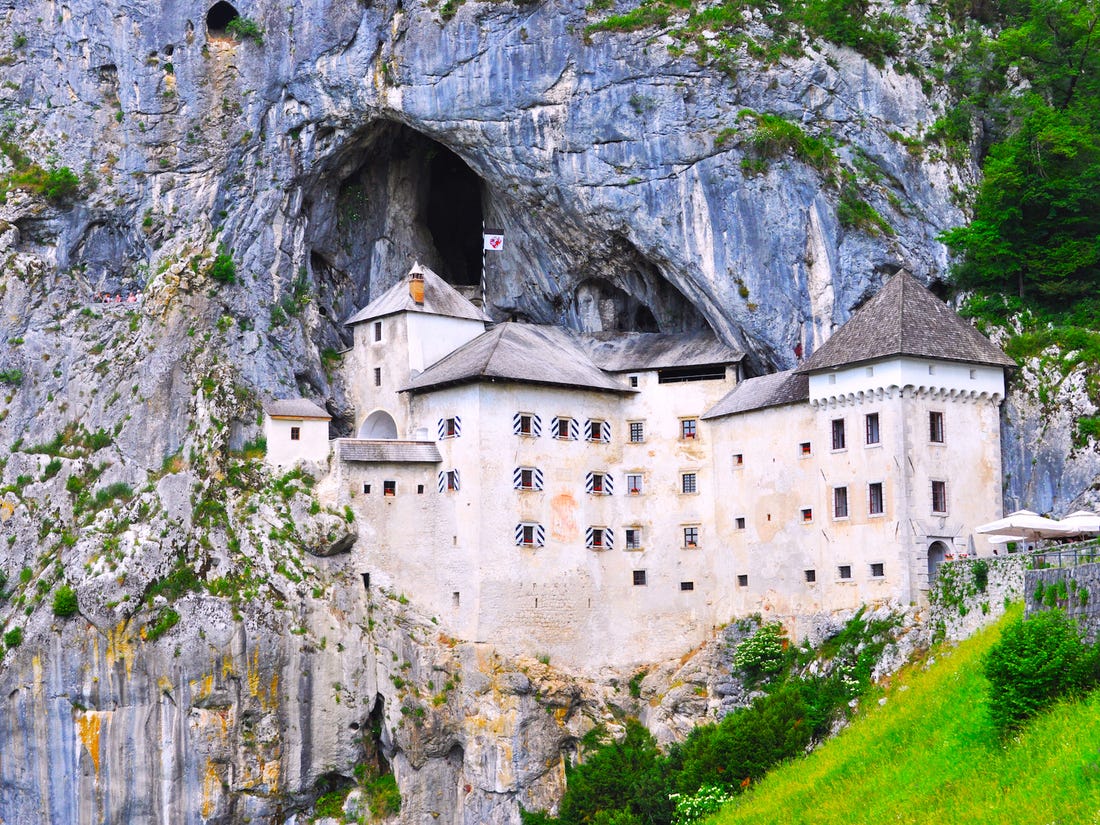 Built on the natural Slovenia castle cave system in the cliff, Predjama castle is a true beauty dated back 800 years. It is a clear juxtaposition of natural and artificial elements.

A notorious robber baron named Erazem exiled here whose tales are still spoken today in the folklores of Slovenia. It has been the shooting spot for several TV shows and movies since its feudal days.

Currently, visitors can visit the armory, home to a lot of medieval armors and weapons or visit the caves linked to the castle.

Postojna Castle is located 9km from the city of Postojna. Postojna caves Slovenia is one of the most dramatic settlements of Europe. It teaches us that if you are up to build an indestructible castle, develop it in a gaping opening of a cavern halfway over a 123m cliff.

The four-story of the castle was built over the years separately from 1202, but most of it is supposed to be from the 16th century. Postojna cave seems to be ultimately unconquerable.

Available in 15 different languages, an audio guide will tell you all the details of the history and highlights of Postojna caves and Predjama castle.

It has a lot of amazing features to describe to your kids, including, an intensely dank dungeon, holes in entrance tower’s ceilings to pour hot boiling oil on intruders, 16th century-old chest loaded with treasure (uncovered in 1991 in the cellar), and an eerie hideout Erazem’s Nook, named after Erazem Lueger.

This magical castle in Slovenia built in the 13th century, and it sits next to a beautiful reflection pool, and it seems to be inspired by a Disney film.

The family who owned the castle put it on a lottery in 1832 which was bought by a blacksmith from Hungary and, later on, it was taken over by a prince from Germany.

The castle nationalized in 1945, and it serves as a museum to explore for the visitors. 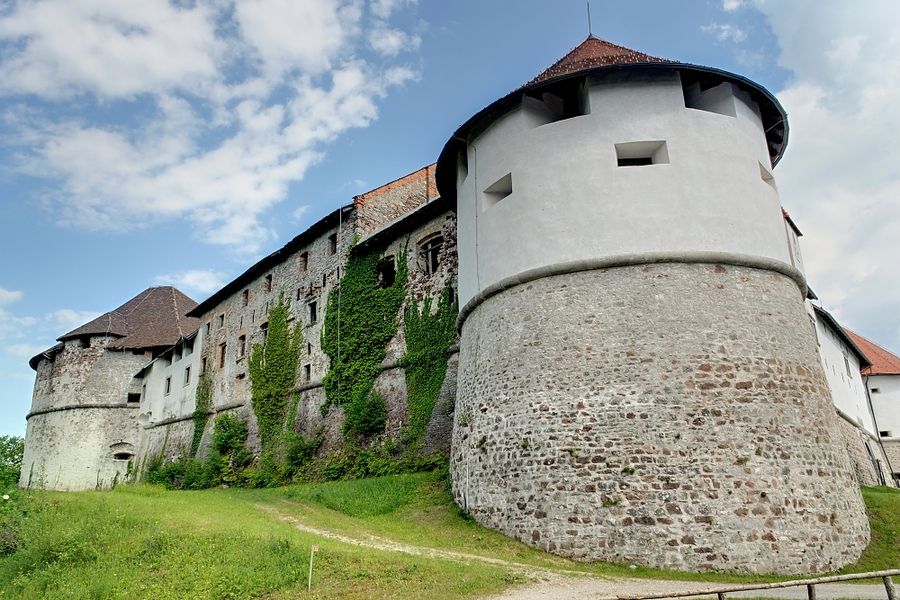 Turjak castle located atop Turjak slope named after the counts of Turjak, lords Auerspergs mentioned in 1220. Originally the castle stood down on the steep and hilly balcony. Andrej of Turjak was the most famous representative of this family who led the army to defeat the Turks at Sisak in the year 1593. Knight games are organized in the loving memory of this battle every year at Turjak.

The castle was harmed severely during World War II. The castle renovation started in the 1960s, and it is still under restoration. The castle became the historical and cultural heritage in 1988 and became remarkable naturally. The bastilles, round tower, and renaissance triangular defense hall are the peculiarities of the castle, making it one of the oldest in entire Central Europe.

The Dalmatin chapel and tall house belong to the Roman era where Gothic frescos are partly preserved. The chapel named after Juriij Dalmatin, a well-known Protestant writer (1547-1589), hiding at Turjak castle when translating the Bible. There are different footpaths in its surroundings, but it didn’t have a garden.

The forest around the village also has a cemetery with a chapel and walls. The Turjak counts are buried here in a tombstone shaped like a temple.

Bovec Slovenia is a town in the Littoral area in the northwestern part of Slovenia, close to Italy. It is located centrally in the Municipality of Bovec. Fortress Kluze or Bovec castle is one of the pristine locations to visit.

It now serves as a museum which exhibits its rich history. This castle played a vital role to protect the vital path between Austria and Cividale del Friuli in Italy along with its long-back history. The fortress is secured well by the slopes of Mt. Sleme and Mt. Rombon, and it descends the steep gorge below on the Koritnica River.